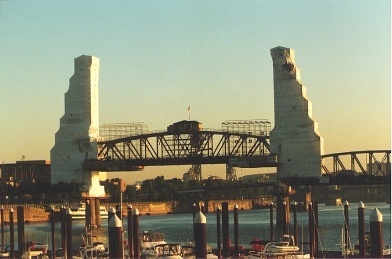 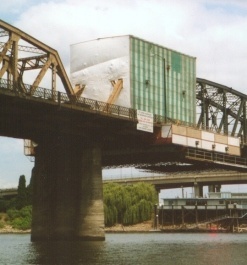 When high winds could send lead paint residue showering into a major Oregon waterway or, worse, seriously damage the country’s oldest operating vertical lift drawbridge, an accurate wind meter is vital. For the $20 million renovation project on Multnomah County’s Hawthorne Bridge, the Capricorn™ weather station was chosen for the job.

The 88-year-old bridge was closed for a year of renovations that included repainting, replacing the worn roadway surface, upgrading the support systems, modifying two of the piers and widening sidewalks.

High winds were a concern in the early stages of the project, according to project manager John Lindenthal. To protect the river from the old lead-based paint being blasted from the bridge’s six spans, each section was enclosed by a negative air pressure, airtight containment structure. White plastic was wrapped around scaffolding to trap falling paint chips.

This environment-friendly strategy is not without its hazards. The large, box-shaped structures enclosing sections of the bridge could be ripped open by high winds, releasing hazardous material into the river. Or worse, because of the increased surface area provided by the containment structures, winds could damage the bridge itself.

Hence the need for accurate weather forecasting for the contractors to clean up and remove the plastic before winds become critical. “Without it,” Lindenthal says, "you would get up in the morning, look outside and say ’Oops.’

To keep a close eye on the weather and facilitate accurate predictions, parameters such as wind speed and direction, temperature, barometric pressure and relative humidity are all monitored through a Capricorn 2000 weather station. Because the river has its own unique wind conditions, weather must be monitored close to the site — in this case, on the Morrison Bridge, about a quarter mile away.

Under normal conditions, data are gathered from the station four times a day by a weather consulting firm based in Portland. ERF Company provides daily weather forecasts to the county and immediately notifies the county and the contractor when wind speeds are expected to increase significantly.